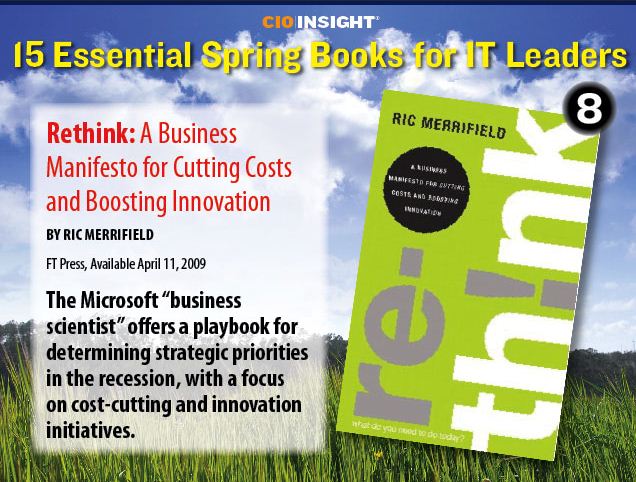 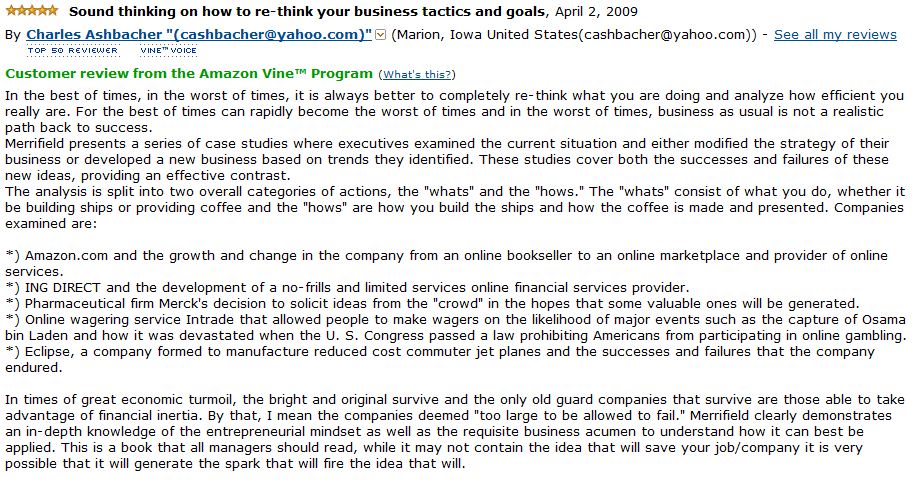 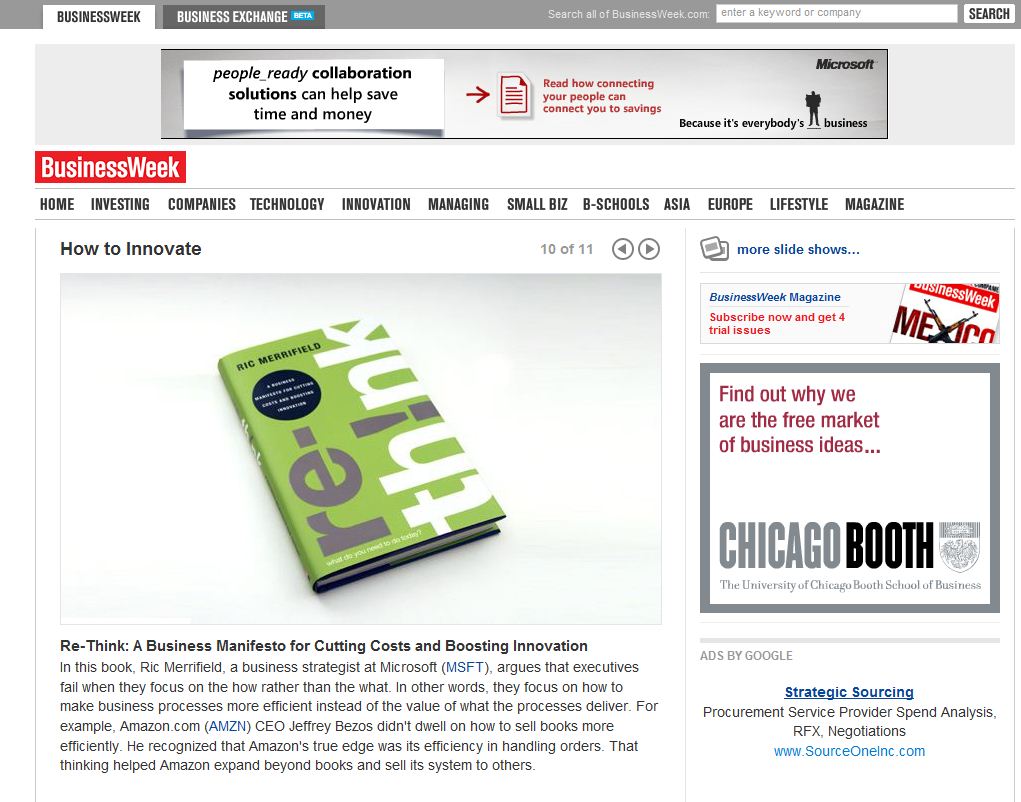 There’s no shortage of people talking about the Troubled Asset Relief Program (TARP) and how much has been given and how much has been spent and whether it makes sense to spend more.  So I won’t add to that pile today. Instead, I want to talk about the un-TARP and by that I mean the companies that are doing really well that need some additional cash to really get rolling.  In the latest issue of Forbes there is an article about Andrew Beal of Beal Bank called “The Banker Who Said No” and the article says “[Beal] finds it ‘crazy’ that bankers who acted irresponsibly are getting money and he’s not.”  So do I.

I didn’t know much about Beal Bank until I read that article, but in a nutshell, Beal saw how nutty the lending industry was and literally reduced his workforce from 2004 to 2007.  He didn’t participate in what we now know to be the craziness that led to TARP.  Now Beal is growing aggressively and continuing to make sound banking decisions.

So why are TARP funds being given to the financial institutions and automakers that made the worst decisions?  Shouldn’t we instead be at least hedging our bets and have a set of funds for the more promising financial services companies and automakers?

Speaking of automakers, take Tesla Motors.  They make the best electric car going.  It’s not cheap, but they have a cheaper one in the works.  Innovative, good looking, fast, all electric.  And it’s American.  I am not going to suggest we throw all of our eggs in one basket, I am just saying that instead of throwing all of the relief funds at troubled assets, why not throw some money at the not-so-troubled assets as well.

I talk about outcomes all the time, and if the outcome we want is a strong economy with strong companies, it seems only logical that while we spend to help fix the companies that have been making some really bad decisions, we also ought to look at helping those promising companies that haven’t yet made any really big mistakes.  I vote for some rethinking in the creation and spending of funds like TARP.

And if you can come up with a better phrase than un-TARP, I would love to hear it.

Yesterday I was reading The New York Times and there was a funny article about a web site with pictures of silly things people do to their pets, the site is http://www.petswhowanttokillthemselves.com and there are some odd pictures out there.  This Pat Benatar dog is something. 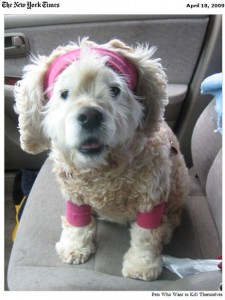 But it got me thinking, just as people do silly things to their pets, there are some pretty unusual ideas people come up with when rethinking their work.  The office collar, below, is a good example of a strange idea.  Presumably this is intended to act as a cross between a low cost cubicle and horse blinders.

So while most of the posts on this site are on a much more productive and serious note, I thought that the odd misadventure story might be the source of some welcome levity.  If you have stories and photos of your own misadventures in rethinking, please send them to me at rethink@microsoft.com

For those of you who haven’t yet seen the Susan Boyle video, I promise you will be glad you watch it in its entirety here.

I can’t think of a story that unfolded so fast, so well, and the only reason I found out about this one was because there has been so much chatter about it on the internet.

I don’t watch reality TV shows often, but I know who Simon Cowell is, and now that I have watched this video a few times myself, I think that as Susan got through her song, Simon was smiling (which I have never seen before) because he knew they had gotten to someone who would have never gotten her shot had it not been for that show, and that because of the show he created, a 47 year-old woman from a little village in Scotland fulfilled her dream right there on that stage last Saturday night.   Her life will never be the same, and Simon knew that before she did.

While you ought to have to have at least some admiration for the typical kids that go on that sort of show for their guts and ambition,  the Susan Boyle story really stands out from that crowd as someone so unlikely, and yet, as we now know so deserving of a chance.

Which brings me to what it has to do with rethinking and it has to do with hiring.  Right now in this recession, people are getting laid off all over the place, but some people are still hiring.  I have hired lots of people over the years, and when I have looked at resumes in the past, I would look for some basics and I often look for “standard” qualifications, quickly dismissing lots and lots of resumes without much thought.

When times are good (which they were for nearly 20 years with the asterisk of the dot com correction), that’s probably a good approach, as really good people are hard to find and you can be very picky that way.  Today, however, I expect the climate is already so different, that an unusually high number of really great people are out there, and in many cases they are wanting or needing to change careers (like a lot of bankers and auto workers in the US), so their resumes may not be an obvious fit for some roles.

My bet is that there are lots and lots of Susan Boyles out there right now, so don’t be so quick to dismiss candidates who seem completely unfit for a given role, because when you find them, you will probably have a smile bigger than Simon’s. 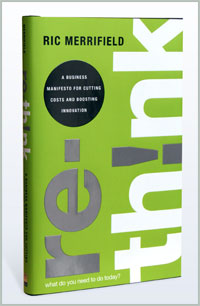 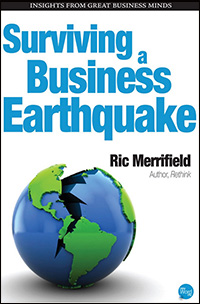 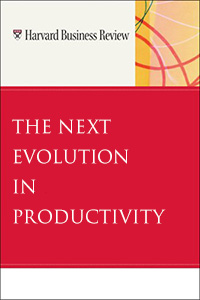