The majority of these ideas are so simple (in retrospect) they make you want to slap your head for not thinking of them.

11) NETFLIX $600M Spend.  Netflix spent $600,000,000 (six hundred million dollars) to three different movie houses to get earlier distribution rights to the most popular movies.  It’s actually a billion but 600 million in 2010.  When I first read this I wondered where that number came from, but as I read more in the article in the paper, that is how much they spent on US postage last year and since over 70% of their business is streaming videos, this is an incredibly smart move. Almost a “duh” but not quite.

10) MICROSOFT KINECT.  Hard as it is to believe they included the word “kin” in this piece of technology after the cartoonishly spectacular failure of the “Kin” device, the seemingly dead technology behemoth cranked out a surprising rethink of the video game controller.  Having already evolved from the slightly-too-phallic controllers of yesteryear to the remote control-like device of the Wii game system, Microsoft actually figured out how to eliminate the controller through the use of cameras that track body movement.  Talking about it on National Public Radio recently, I couldn’t agree more that this has way more potential beyond the world of gaming and hopefully Microsoft stays ahead of that.  The other issue, as the other monster industry in the universe grabs ahold of this, porn, is whether Microsoft really wants to turn its back on such a giant market.

9)  GYRO-COPTER. I really couldn’t care less about remote control toys.  That was true until I was introduced to the $30 (on amazon) helicopter from Cobra Toys.  WOW.  This toy has so many things to recommend it I should probably do a blog entirely about them.  The real breakthrough is the fact that it has a gyroscope in it and it makes it really easy to fly it with incredible precision.  The fact that all of the parts are replaceable is a big plus, as is the fact that you can charge the copter with a USB cable that plugs into any USB source (see #1 below for the real forehead thumper below).  This is the greatest present of the year for just about anyone. It’s incredible. 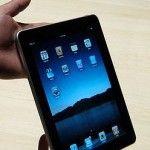 8) iPAD.  Not a whole lot to say hear.  This device has changed the world, with 7 million units sold in the first year and another 32 million projected to sell in 2011, this device is paving the way to the future of computing.  My son is using his right next to me as a peck away at my IBM ThinkPad.  The big rethink here is really just taking the iPhone and making it bigger.  That’s really all it is, but it makes a HUGE difference in the experience.  The great irony is that Microsoft actually launched this technology before anyone else with the Surface product, the problem is, they never took action to slim it down to iPhone or iPad size until years after Apple had already done just that.  Apple really didn’t innovate, they really just copied what Microsoft did, which is funny given that Windows was really a copy of the Mac.  Maybe Apple will get the last laugh.  Their shareholders may have already . . .

7) KODAK MOMENT.  For a company that was almost as dead as Polaroid, you have to tip your hat to Kodak for coming back so well.  There’s a chapter about them in my new book, Surviving A Business Earthquake (only through iBook on Apple), but the fundamental rethink they did was in redefining the Kodak Moment.  It used to be the moment at which you took the picture, because way back when film and printing was so expensive, we were a lot more judicious about when we would take a picture.  Now, we will take a picture of anything, anywhere, so the “moment” is the decision to share a photo with someone else – that’s what led Kodak down the path of printers and frames.  Smaller, but much more profitable than before, bravo Kodak!

6) SOLVEMEDIA.  The captcha is something not everyone knows about.  But they do.  When you see the quasi-hallucinogenic  letters and numbers that you have to enter for security reasons, that’s a Captcha.  So when Solve Media figured out that you could put the name of an advertiser in the Captcha space so you have to type the name of the advertiser . . .wow. . . how obvious yet brilliant is that?!

5) DOXO.  doxo is the best idea in online bill-pay ever. That’s about all you really need to know, but that’s who they are.  You may not think your online bill pay solution is broken, but once you understand doxo, you will really wonder why this didn’t happen sooner.  It’s free, it’s clear and simple, there are no ads, and they store all of your billing data. Another great candidate for a “duh” rethinking award.

4) COINSTAR.  Talk about a turnaround.  Coinstar was already a solid company, being really the only simple option to cash in those coins so many of us have in a jar or bowl someplace.  Then they bought Redbox, the $1 per rental movie company that has put pressure on Netflix.  Then they (finally) figured out how to eliminate the charge of converting coins to cash.  Eliminate isn’t really the right word, but they figured out how to shift it away from the person cashing in the coins – to a merchant where the person can spend their money. And that is brilliant.  More companies need a rethink like that.

3) AUTOMATED SERVICES 3GTV.  I blogged about this earlier in the year, but these folks have figured out how to make advertising tailored to the person and region where they are – like a video ad for Kraft Macaroni & Cheese in the grocery store right above the actual product.   Outstanding intersection of technology and advertising, and as we allow our location to be broadcast from our mobile devices, this will change the shape of advertising forever.

2) SWAYABLE.  This might deserve to be #1 because of the “duh” factor, and if I get pressure from them, I could be convinced to put them in the #1 spot.  Most people, at one time or another, have been to the site hot-or-not dot com and found it oddly addictive.  Swayable is similarly addictive, but as a business model it’s much, much smarter as I blogged about here because of the data they collect for manufacturers.  Brilliant.  Duh. 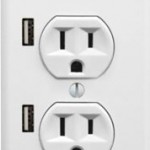 FASTMAC.  Are you kidding me?!  The USB port of the laptop that we use for so many things, the company FastMac realized that “what” we are doing a lot of the time is simply charging our devices, whether it’s an iPad or a Cobra Toys copter, or something else, so the folks at FastMac had the “duh” idea of the year to offer an outlet with a USB plug.  Why didn’t we think of that?!  Ugh.

I don’t think many people are going to miss 2010 (except maybe the GroupOn founders and funders who turned away $6Billion from Google), so on to 11 we go, and what better way to usher in the year than with a top 11 list.