When people talk about the most amazing athletic accomplishments of the 20th century, Michael Jordan’s name ought to come up, but so should Mark Spitz, Secretariat, and Eric Heiden.  Although Jordan made piles of money – all of those athletes had a certain purity, and honesty that seems to be becoming increasingly rare in the 21st century. 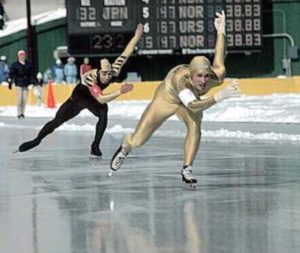 Simon and Garfunkel sang the words “where have you gone Joe DiMaggio” in their song Mrs. Robinson and I can’t help but wonder if that lyric was a commentary on how the game of baseball has become a commercial mess to the point where it has lost much of its charm and magic – DiMaggio becoming somewhat of a perfect symbol of that bygone era.

Watching the Olympics with kids this week has brought that same sentiment to mind.  In particular, I remember the 1980 Olympics, when I was 14.  I had never heard of speed skating, and they had that on, and there was an American named Eric Heiden, then unknown to most of the people in the world.  And he won a gold medal.  Then the next day, he won another.  This kept going on until he won five – ranging from sprints to very long distances.  Along the way they showed footage of his incredible training techniques – a “duck walk” that served to strengthen his enormous legs.  While Mark Spitz had done something similar in swimming by sweeping the events in that sport, swimming was very familiar and somehow, for me at least, it was less magical.

To come out of nowhere, completely dominate every event in a single sport, and then retire, that was so incredible and honest and admirable, I will always remember how I felt watching when he got his fifth gold.

So now, in 2018, with all of the billions being spent to host the games, and so many of the athletes being millionaires many times over for an event that was supposed to be about amateurs, it saddens me to know that kids may never experience another Eric Heiden the way I did.  They will miss out on the awe and admiration, inspiration, and motivation I felt.

I was having dinner with my 16 year-old the other night, watching a Dutch man win the gold medal in a long distance speed skating event and I tried to explain Eric Heiden to him – and I realized it’s not the kind of thing that you can explain – you have to have lived it.  And I fear that he will never experience that same feeling in the Olympics that Eric Heiden and host Jim McKay were able to deliver to my living room 37 years ago this week. 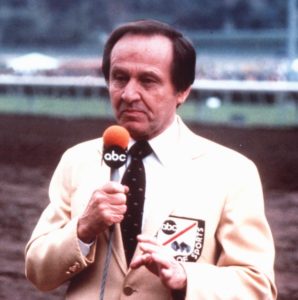 Does that mean I am not going to watch the Olympics anymore?  Of course not.  But I might be humming Mrs. Robinson now when I do.