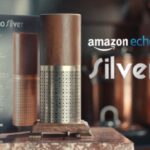 It’s that time of year when people make predictions and resolutions.  Some make specific predictions about specific companies – this piece is more about tipping point predictions – things that we are ready for, or that need to happen now.  Some of them are company specific, but they are generally more things that need to happen or that we are all just plain ready for. This starts with something most of us have heard a lot about but we still don’t fully understand – and it ends with something most of us understand and we are fully ready for.

There has already been a prediction post on this site on the future of the ICO market (spoiler alert – SEC regulations will be the norm) and since that one is already coming true – here are ten more that seem pretty likely.

So have a look and send me your reactions and feedback.