There has been a lot of talk lately about regulations around ICOs lately as South Korea became the latest to ban ICOs. 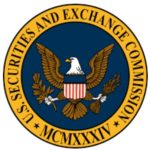 There has also been a fair amount of talk about Wall Street and how eager they are to get into ICOs, but cannot because they have Broker Dealer licenses that prevent them from even talking about them with their investors.

It’s rumored that a company is going to get a letter as early as this week, from the SEC, stating that their ICO is not a security.  That would (probably) mean that people with a Broker Dealer license could sell them – so all of the pent up demand in the high net worth community would finally get to invest in an ICO.

Obviously not all ICOs are created equal, and for every SNIP that is very clear and simple in terms of it’s value and business model, there are many more that have no technology and just an idea for a solution.

So how much do you think that would change things?  A little?  A lot?  totally dependent on the ICO?